Realm of the Ghost King is a quick-play roguelike where you must battle your way through eight randomly generated dungeons to defeat the Ghost King and become the new king of the realm.

Select from twelve unlockable characters, each with their own unique abilities, strengths, and weaknesses. You must manage your resources, strengthen your character and rely on your choices to get through each level. ​ Use bombs to defeat enemies and get to hidden power-ups. Just don't make the wrong choices because death is permanent. 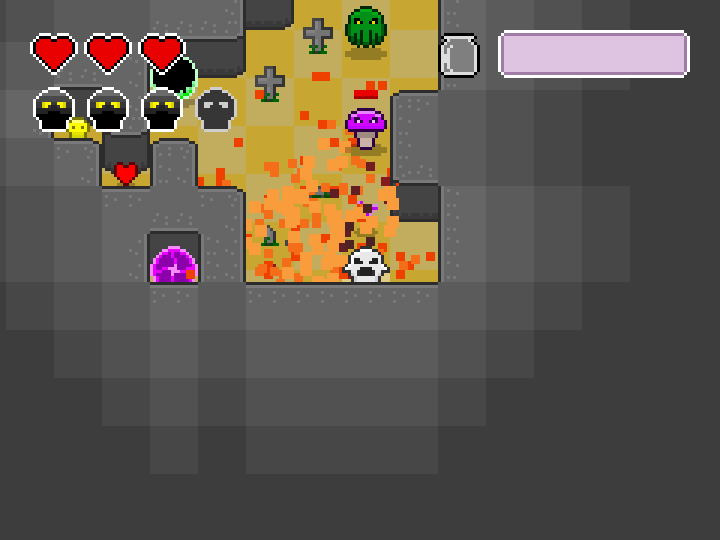 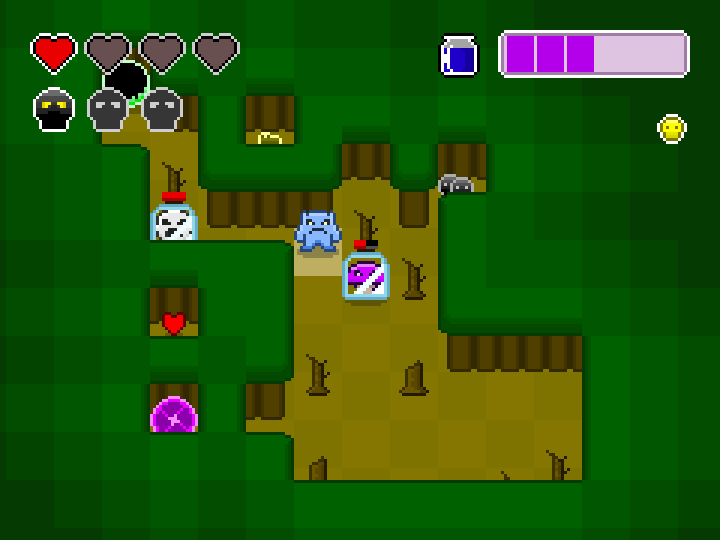 For more news and info about Realm of the Ghost King you can follow Mantis-Eye Labs on Twitter or read the blog.

Where Can I Get It?

You can get it on Steam and itch.io via the following links:

You can also buy it on the Buy It! page using widgets for these two stores. All versions of the game include a Steam key and the itch.io version is DRM-free.

When Did It Come Out?

What Can I Play It On?

You can play it on Windows, Mac and Linux. When you buy it you'll get access to the game on both platforms and there will be a mechanism for loading your stats and unlocks onto different installs of the game if you wish to do so. The Steam version has Steam Cloud integration so playing it on different computers via Steam will sync all of that automatically.

I Bought Your Game But I'm Having Issues With It!

First off: thanks! Second: head over to the Help Page for more info on what to do. Also I'll try to list common problems that come up on that page.

Can I Stream It?

Yes you can! In fact, that would be super cool. Feel free to send me a link to your video or replay of your stream or whatever, because I'd definitely love seeing people play the game.

This is the first commercial game by Mantis-Eye Labs, LLC, which is a totally legitimate game company that's really just one person. That would be me, Mike Watson! I've been a software developer for a bunch of years, and I even briefly worked in the games industry doing web development for a couple places. I started Realm of the Ghost King it in 2014 for the 7 Day Roguelike Challenge. It was initially called "Ghost Roguelike" and then "Ghost Realm" and also I guess I worked on it for a lot longer than seven days. Making games is fun, but also takes a while!

The wonderful music track is from Josie Brechner's creative commons album Songs from an Unmade World. The specific track is called "Ice Cave". I highly recommend purchasing a copy of the album, or any of Josie's amazing music.